Christmas Traditions: Christians celebrate Christmas to observe the birth of Jesus Christ, which is an event and not a tradition. But many other activities related to celebrating the Christmas season evolved from certain traditions, many of which are from other countries, particularly from peoples in Europe.

Among common items used in Christmas decorations are the holly and the mistletoe. Both are used primarily in wreaths and garlands. The Druids started the tradition of using the mistletoe as decorative items up to two hundred years before Christ. To celebrate the winter season, the Druids would gather the plants and use them to decorate their homes.

The Druids believed the mistletoe would bring good luck and ward off evil spirits. They also believed that the mistletoe had a healing quality and could be used for everything from healing wounds to increase fertility.

In Scandinavia, the mistletoe was seen as a plant of peace and harmony and was associated with Frigga, the goddess of love. This association is probably what led to the custom of kissing under the mistletoe. In the Victorian period, the English also would hang mistletoe from ceilings and in doorways during holidays. The habit developed that if someone was standing under the mistletoe, someone else in the room would kiss that person. Such outright behavior was not generally seen in Victorian society.

The use of the mistletoe in Christmas celebrations was once banned by the church however because of its associations with pagan traditions, and the use of holly was suggested as a substitute.

Poinsettias are another traditional decorative flower used at Christmas. It is native to Mexico and is named after Joel Poinsett, who was the first U.S ambassador to Mexico. And who brought the plants to America in 1828. Mexicans believe the plants were a symbol of the Star of Bethlehem and that’s one reason they are associated with Christmas. There’s also the story that a young boy was going to see the Nativity Play at a church but realized he didn’t have a gift for Baby Jesus. The boy gathered some green branches, which others scoffed at. But as he placed them near the manger, a bright red poinsettia flower started to bloom on each branch, which gave rise to their traditional use at Christmas.

Candy canes became a Christmas tradition not because their red and white stripes matched the colors of the season, but for the most unusual reason of discipline. That’s because they were first used as treats that were give to German children to keep them well-behaved for the duration of church sermons.

Over time, the legend of candy canes at Christmas came to be associated with some of the strongest symbols and beliefs of Christianity. The Father, Son and Holy Ghost known as the Trinity, the Blood of the Son of God, Jesus as the embodiment of holiness, purity and without sin and the Son of God as the shepherd of man. The candy cane represents these symbols respectively with its three stripes, its red and white color and its shape.

Sending greeting cards during Christmas. And the holidays is as prevalent today as the custom of giving gifts. The tradition of sending Christmas cards started in 1840 in Britain with the start of public postal delivery service of the ‘Penny Post. Then from about 1860, large numbers of Christmas greeting cards started to be produced. The popularity of the cards increased in Britain. When they could be sent by the postal service for one half-penny, which was half the price to post a standard letter at the time, if they were in an unsealed envelope.

Religious pictures of Mary, Joseph , Baby Jesus, the angels, shepherds and Wise Men were traditionally placed on Christmas cards. Some cards today include scenes from the Nativity. But pictures of Santa Claus, winter scenery, Christmas trees, gift packages and others are also depicted on contemporary Christmas greeting cards. 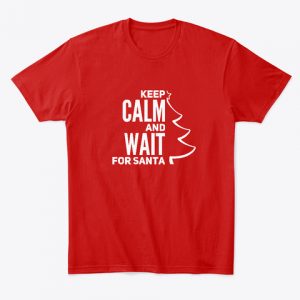 History of Some Christmas Traditions